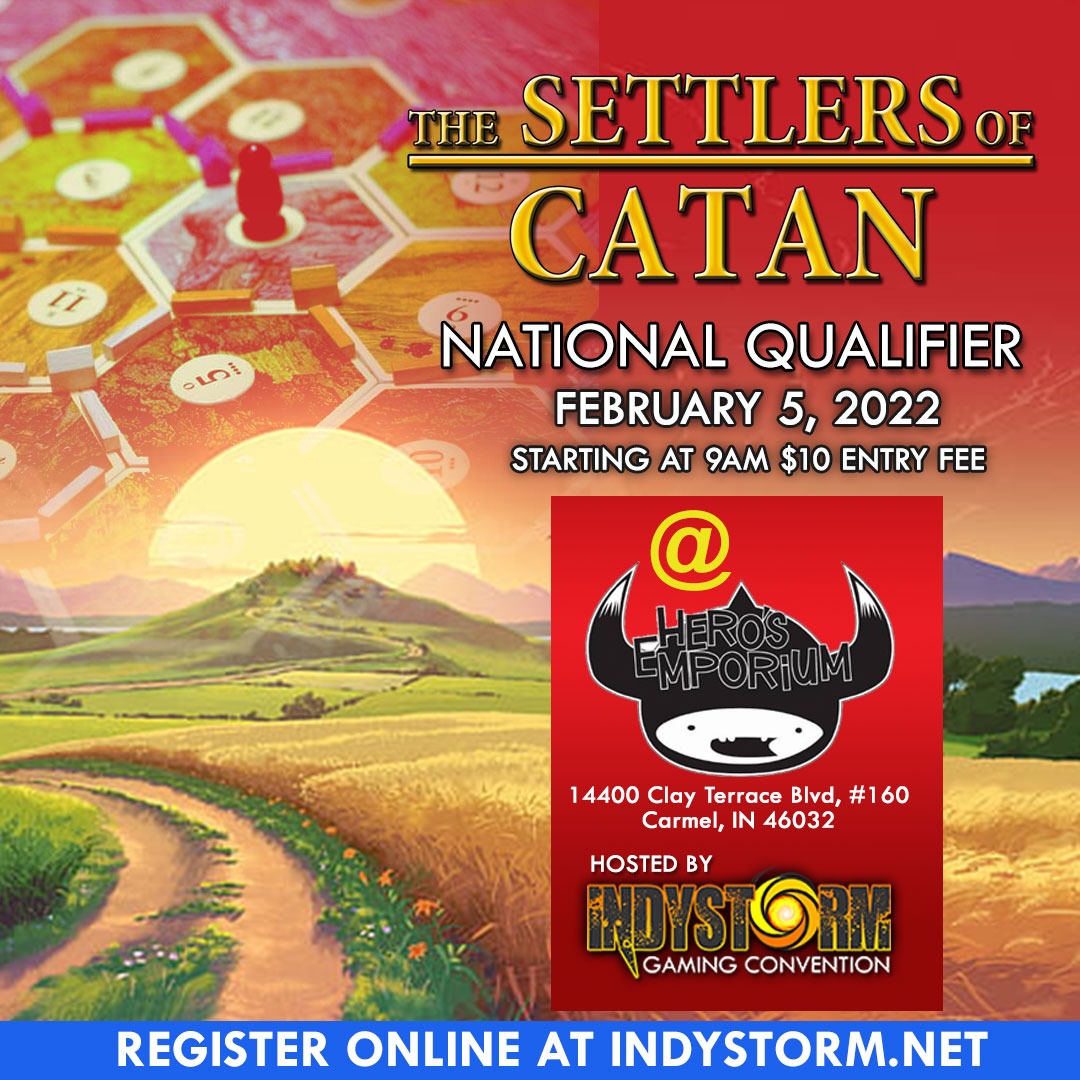 What is a Catan Qualifier?

Note: You must be 18+ years of age and a Citizen or Legal Resident of your respective countries* to compete in any Catan National Championship event, even at the store/convention level.

How Does A Catan National Championship Qualifier Work?

The IndyStorm Qualifier will be held in a single day and will compose of the preliminaries and the Final.

The preliminaries are a series of three separate games of Catan. The scores of each game will be combined and determine if you move on to the Finals.

In the Finals, you play a single game of Catan, and if you are the winner of that final game you are guaranteed a spot at the Catan National Championship.

Please review all the Catan Official Tournament Rules, the Catan Studio Code of Conduct, and the Catan Photography & Video Policy.

How Does The Score Work In The Preliminaries?

You scores points in the preliminaries based on your performance in each game you play. Scores come from the total of three games. Each win determines rank. Ties between players with the same number of wins in the preliminaries is determined by the cumulative points from the three games that the tied players participated in. If need be, the rank between tied players with the same cumulative points is determined by how soundly players have beaten their opponents. For more information on scoring, including examples, please see the Official Tournament Rules.

What Happens When I Win The Qualifier?

We’ll send your name/email when they report the results to Catan. They will then reach out with all the information you need to know and what to expect at the Catan National Championship.

IndyStorm is a wargaming conventions made by wargamers for wargamers. We’re Indy locals helping to make the Indy wargaming scene bigger and stronger.