These games were developed and submitted to us through our Weather the Storm community development program. Everything is free to use, but the author retains full rights to any and all IP unless otherwise stated. Please let us know how you liked the game on facebook! Posting about the game is a great way to earn points towards Weather the Storm Prizes! 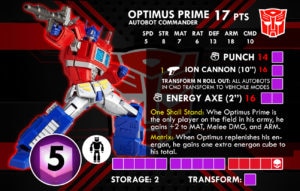 The world of Transformers: Energon Wars is a strategy game that plays over many scenarios and utilizes the characters from three different factions, the heroic Autobots, the villainous Decepticons, and the traitorous Unicronus.

All Transformers IP is owned by Hasbro

Games Made by Indy Locals 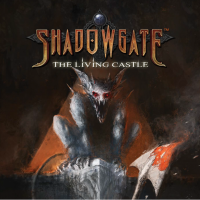 A semi-cooperative adventure game based on the video game Shadowgate!

Gather items, defeat monsters and collect the pieces for the Staff of Ages to defeat the Warlock Lord and the Behemoth he has summoned!

COMING TO KICKSTARTER BY OCTOBER! 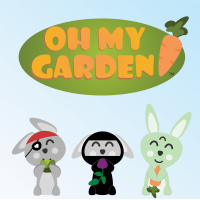 A quick easy card game made for the whole family. Simple enough for the kids, but with enough depth for Mom and Dad!

Spice up your games! 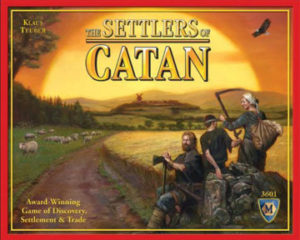 My Mother in Law was staying with us for about 4 months last year. She, my wife, and I played about 1-2 games of Catan every night for the better part of that time. It was fantastic. My wife is very mischievous (she gets it from her mother), and the two of them quickly set out to find ways to bend the rules, make up new ones, or other wise break the game. As a ‘the rules are the rules’ kind of dude… this was a little frightening.

The two of them would trade:

My wife would also put her 2 opening spots on great ports. She would then charge a resource of any kind to allow you to trade out of the port on your turn. Depending on how she was feeling, it could be a sheep for the entire turn, or a resource of your choice per trade. Pretty lucrative.

Then came robber protection. As soon as one of them would hit 8+ cards, they would gift the other all but 6 until their next turn. As payment for services rendered, you got to keep a resource.

Then shortly after came extortion. “Give me one resource of your choice, and I won’t put this robber on your hex now, or for the next 2 times I roll a 7”

Things got pretty out of hand pretty quick, but boy was it fun. Trying to logic your way into a favorable trade in a game with ad hoc trading rules is great.

Things were rough for me in the beginning, but then I made a big futures trade in one of my games; ‘Just give me a stone, I’ll give you 3 trees as soon as I get them. I swear.’ I got the stone, made a city, and won the game =)

It was difficult to trade favors for the next few games however….

IndyStorm is a wargaming conventions made by wargamers for wargamers. We’re Indy locals helping to make the Indy wargaming scene bigger and stronger.